This Siglent SDS1152CML+ is a high quality two channel digital storage oscilloscope. It offers a real-time sample rate of up to 1 GSa/s, up to 150 MHz of bandwidth and a memory depth of 2 Mpts.

These Siglent SDS1000CML+ oscilloscopes are entry level-devices at affordable pricing without compromising on quality. The low pricing level results from the large amount of units sold as well as substantial economies. They are equipped with well designed and easy to use control panels offering comprehensive ease-of-use functions for all measuring tasks. The menu navigation is intuitive and available in several languages.

The particularly large TFT color displays are very easy to read. Thanks to an intelligent system for displaying or masking information, the largest possible area is always available for displaying signals. The signal curves, the FFT display, and other functions can be shown simultaneously on the display. 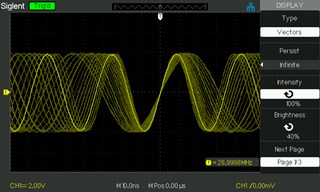 The + version of the Siglent SDS1000CML+ series features some major improvements towards the previous non + version, as there are:

Cursors report absolute and relative values in the Time and Volt axes of the main display. They may be manually or automatically adjusted to measure features of interest or set to track automatic measurements such as peak or RMS voltages, time periods and more. 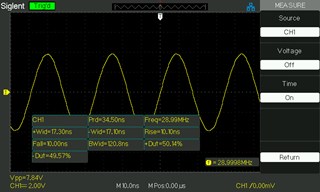 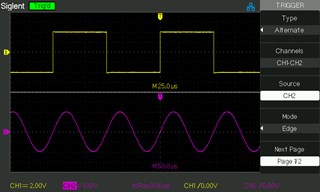 It is possible to trigger both channes independently to display signals with different frequencies. 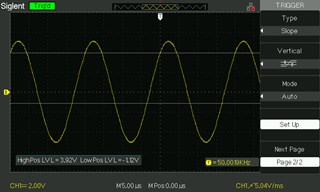 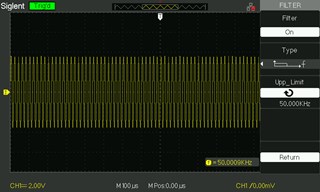 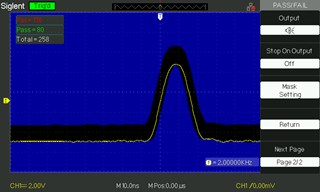 The Pass/Fail function monitors the changes of signals by comparing whether the input signal is within the pre-defined mask. The testing results not only can be displayed on screen or output by isolated pass/fail port, but also can be alarmed according to turn on system sound. 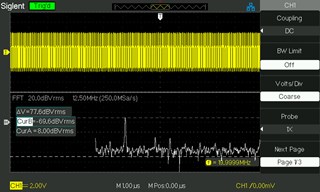 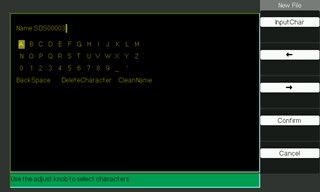 The device supports an easy-to-use file system. It allows for both USB flash drive and local file storage. 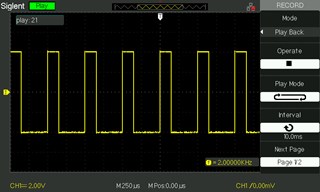 The Waveform Recorder can record input waveforms from CH1 and CH2 with a maximum record length of 2500 frames. This record behavior can also be activated by the pass/fail test output, which makes this function especially useful to capture abnormal signals in long term without keeping an eye watching it.